I like to think of Eddie as a data mercenary. And like all effective mercenaries, he is easily bored by run-of-the-mill jobs, and likes to quickly move from one project to the next. When I interviewed him recently, he explained a crazy list of projects he’d worked on over the past 15 years – a quantity that could only be accomplished by someone who likes to rapidly solve a problem, hand over the solution, and move immediately to the next one.

The work Eddie gets hired for is ridiculously complex, and that’s how he likes it - he relishes very large, very hairy data problems in areas like data integration, data migration, security architecture and systems integration. His miracle-worker reputation means that, upon arrival, he quickly gets the resources, the budget and the freedom he needs to do the work. And then he does it, almost always in around half the time originally scoped for the project.

Over the years he has worked his magic at companies like HP, Microsoft, BT, Qwest, Expedia and IAG – big players with a lot riding on well managed, secure data. Over the past five years, he found a similar set of underlying problems at multiple client locations related to legacy data management. So, he decided to build a wickedly sophisticated data integration platform to vastly simplify an expensive, complicated set of data problems.

His new firm, DataNexus, located in the hinterlands of Colorado, is the owner and holder of multiple patents awarded for this technology. He and his co-founder, Chris Keller, an ex-NASA engineer, started building it in late 2015.

In short, what they built was designed to help large companies that have an enormous amount of legacy data, which is typically housed in a collection of siloed, very expensive enterprise database systems, to bring all those data together in one integrated, accessible environment. It can then relate, synthesize, process, combine and port whatever elements of data are needed to whatever system that needs it, while keeping the data available for all the instream work it has to do along the way.

With the DataNexus tool, all of this happens from one central repository, instead of, say, 10 separate databases. This alone yields his clients eye popping savings – easily in the tens of millions of dollars range – because they can retire huge, expensive contracts with database software they no longer need. From there, the many additional benefits the system offers are even more impressive.

For the platform to work, the system had to be built to easily ingest virtually any kind of data, in almost any format you can think of: documents, files, sequel inputs, streaming inputs, binary, any protocol for which they can build an endpoint, JSON, AVRO, and a lot more. It also had to conform to a key tenet of Eddie’s philosophy, which is that it cannot lose or discard a single byte of ingested data. Ever

He’s fanatical about data retention because he’s seen it happen too often that valuable data is lost, because the original architects didn’t know – maybe couldn’t have known – how valuable some of the data would turn out to be. He likens it to having a system that’s really good at mining gold, but in the process, it drops a lot of platinum on the floor. And given the way most ETL (extract, transform, load) systems work, that platinum is gone forever.

Eddie’s high-level explanation is that he’s seen the same problem too many times at the 15 or so companies he’s done projects for. That problem clearly needed a system-driven solution with a whole lot of the data intake, processing, storage, security and porting capabilities already built into it, so a client could be up and running in a few days, instead of 24+ months to build something similar from the ground up.

He says, “you should be able to pull data in from wherever you want, process it based on a set of rules that you have, secure that entire movement of data from end-to-end, and dump it wherever you need it.”

At present, Eddie explains that the two options available up till now were inadequate. He explains that, “either companies create this data lake, which becomes a data garbage pile, which is just about ‘keep throwing stuff at it and we’ll figure it out later’ and of course no one ever does that work later. I’m not aware of any company who’s ever made that work. Or, the other method is the ETL method with tools like Informatica, which are designed to basically pull data from one place, do all the transforms on the data and then land it somewhere, but you don’t keep the raw data.” It’s the losing-the-platinum-for-the-gold problem. The DataNexus platform offers a third, more comprehensive, practical and nuanced option.

In addition, because of the extensive security filters, layers and controls that are available, clients can be assured of very strong security overall, while also dramatically tightening up access rights, ensuring that users who need access to one aspect of the data do not have access to all the data, unless that access is absolutely necessary.

And finally, the system lets you see…everything. All the data you have, what it’s doing, who has access to it, where it’s going and how it’s being used. It’s an analyst’s dream, a CTO’s fantasy and a CEO’s necessity

To reach Eddie and get a demo of his platform, contact him at:
Eddie Satterly
CEO, DataNexus 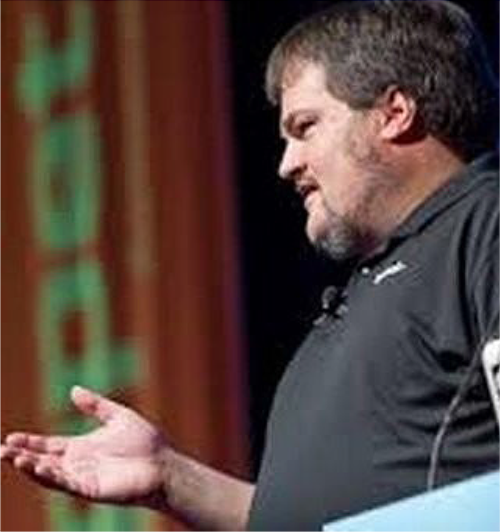 “He's fanatical about data retention because he's seen it happen too often that valuable data is lost, because the original architects didn't know - maybe couldn't have known - how valuable some of the data would turn out to be.”