One of the most interesting parts of Webb’s background is his non-traditional path to becoming a Data Genius. At present Webb is Chief Data Officer at an up-and-coming mobile ad platform company called OnSpot Data, doing what he does: looking at the business from an entirely different viewpoint, to spot and capitalize on opportunities that only seem obvious after he’s found and exploited them.

Before OnSpot, he spent 14 years at the data megaplex Neustar, serially doing essentially the same thing. Early on he was the Chief of Staff for the CTO, where worked with the firm’s most lauded geniuses – Neustar fellows, who were some of the most accomplished technologists in the world. His time spent with them was a near continuous learning process, which he used to dust off and productize some of their most valuable data-related capabilities. His determined questioning of Neustar’s Fellows, combined with his uncanny ability to sort out the strategic value of data assets and processes, also led him to become the co-inventor of two patents.

In another stint at Neustar, he had full P&L responsibility for an acquisition called NightFire, where coincidentally he had worked years before it was acquired. As the GM he grew its revenue from $19 million to over $42 million in 3 years, by seeing its value and bringing it to market in an entirely new way. This was critical in his learning curve, giving him the purview to devise a data-focused revenue strategy and then execute on it, to very positive results.

His final 3 years at Neustar were spent as the head of data acquisition, where he managed a $45 million annual budget for data. He started by quickly going to school on these data assets, in a hellfire hurry to understand how they were sourced, what data they contained, how they overlapped, and precisely what value they were bringing to the company’s 14 lines of business.

Within months he became one of the most knowledgeable and influential data buyers in the industry. By leveraging his own budget for external data and his intimate understanding of Neustar’s own massive data assets, he was able to put the firm in a position to formalize and activate its globally significant data and analytics ambitions.

If you talk to Webb for a while, you come away understanding two things: he’s a really smart, affable guy, and, he is not screwing around. No matter where he worked, almost no one escaped the buzz saw of his intellect combined with his unflinching, impatient bias toward action and results. After three years in the trenches of re-balancing Neustar’s data portfolio and pissing off a goodly number of old-schoolers, he made the decision to go to a start-up called OnSpot Data.

OnSpot is doing some interesting and atypical things in the location data and mobile ad space. One of its more interesting foundational tenets is its focus on true transparency, driven heavily by Webb’s emphatic avoidance of puffery, bullshit and just plain bad data. And in the world of mobile and digital advertising today, that commitment alone is pretty noteworthy.

OnSpot has collected and regularly updates key data on roughly 400 million mobile devices in the US – approximately 50-60% of the total devices in the country. For these devices, they obtain the advertising device ID, a time stamp of when the device was observed as active, and a lat/long record down to four decimal points, which puts the accuracy at about 3 meters. With these data, OnSpot’s systems can observe which devices are where and when, to help mobile advertisers precisely target those individuals with relevant ads. Their platform is also particularly interesting to REITs, hedge funds and strategic consultancies who rely on transparent and accurate data to inform their decisions and recommendations.

Another notable differentiator is some patented technology OnSpot built that allows them to reliably match the actual household address for at least half of those 400 million devices. With this in hand, they are able to bring in some very powerful household level demographic data about the device owners. This means their ability to accurately target their precise audience goes way up, giving advertisers the ability to push highly relevant ads, which in turn means the campaigns perform far better.

Another interesting approach from OnSpot Data is that they don’t “syndicate” generic audiences to try to achieve high volumes for ad buyers. Instead they allow their clients, who are typically very shrewd agencies who do not want to waste a penny of ad spend, to select highly specific, qualified audiences for campaigns. This allows them to consistently avoid what would otherwise be wasted impressions.

In one example, we saw an easy search for all visitors to all Best Buy stores across the US in a two week period. Then they narrowed those down to a few key markets, and then looked at where they lived, how far they traveled to go to those Best Buys, where else they went on that day and what their age and household income was. That kind of insight makes mobile ad buying far more powerful, while maximizing a budget.

If you’d like to talk to the Data Genius known as Webb about data and targeting, contact him at: wdryfoos@onspotdata.com 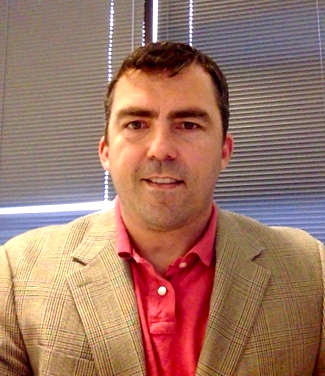 “His final 3 years at Neustar were spent as the head of data acquisition, where he managed a $45 million annual budget for data…. Within months he became one of the most knowledgeable and influential data buyers in the industry.”